Continuous integration is an important part of software development and has several advantages, such as a faster development cycle, higher software quality, and happier users of your software. Travis CI is a service that provides continuous integration and will test your software project for every change. Their service provides testing environments for many programming languages including C, C++, C#, Java, PHP, Python, Ruby, and several others.

At SmartFile, we use Travis CI to test various components of our software stack before releasing it to customers. This allows us to make improvements without breaking existing functionality.

In this tutorial, I’ll walk through the three steps for setting up Travis CI to test a Python project hosted on GitHub.

First, Travis CI needs to know about your GitHub project. Login to Travis CI and press the “+” button. Next, flick the repository switch on for your repo: 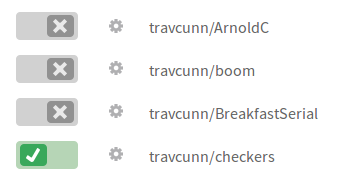 Next, create a file called “.travis.yml” in the root of your project repo:

Alternatively, I can specify multiple versions of Python and Travis CI will test my project with each version:

For advanced build configuration, see the Travis CI documentation on Configuring your build.

To trigger builds,  push the commit that adds “.travis.yml” to the project.

Travis CI makes it easy to visualize build status for every commit. 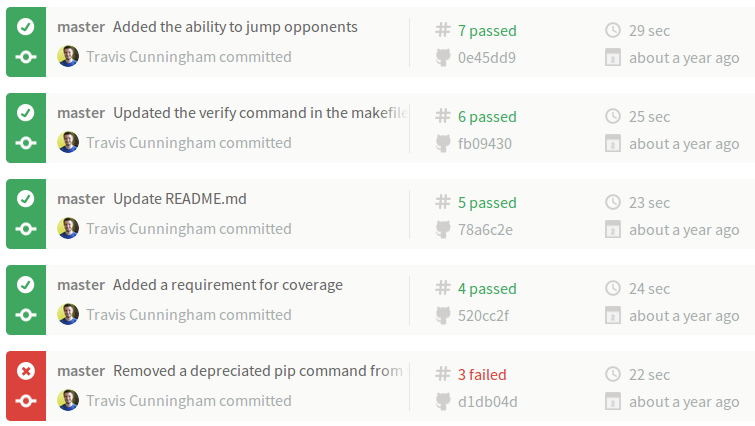 There are many other options for setting up continuous integration with Travis CI:

I hope you enjoyed these three steps for testing python with Travis CI.

Get our free DevOps course delivered straight to your inbox! You’ll learn these tactics:

These DevOps lessons will help your team collaborate and become more agile, so sign up now!