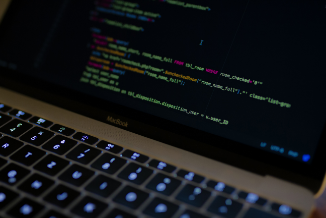 The Pros and Cons of MySQL

MySQL is the most popular open-source database; chances are that you have run across it a time or two in your programmer internet travels. As the battle between open source and propriety software rages on, it does make you wonder, is it time to ditch MySQL? Here are some pros and cons of MySQL to consider.

A Brief History of MySQL

That being said, is MySQL’s popularity is on the decline? It’s been around since 1995, so it may start to lose its luster as viable alternatives (such as MariaDB) continue to thrive.

RELATED: Migrate from MySQL to MariaDB with Zero Downtime
MariaDB is open source and has some additional features, such as tracing transactions. It is also maintained by many of the original creators of MySQL. Read more… 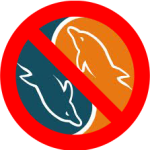 Rikki Endsley came up with a great list of reasons why you shouldn’t use MySQL.

1. MySQL is not as mature as other relational database management systems.

MySQL did not start out as an RDBMS (relational database management system) but later changed direction to encompass more functionality. Some more mature RDBMS, like PostgreSQL, are considered more feature-rich. Close source options, like Oracle or Microsoft SQL Server, are also alternatives to consider.

Technically, MySQL is an open-source database, but in practice, it no longer feels like it. Under Oracle’s umbrella, MySQL now has proprietary, closed-source modules. Oracle’s alleged foot-dragging on development and refusal to release test cases for bugs and security patches is causing many open source developers to head for the hills. (One of these hills is MariaDB, where all code is released under GPL, LPGL or BSD.)

3. MySQL is Oracle-owned instead of community driven

MySQL hasn’t changed direction dramatically since it was acquired by Oracle, but Oracle still owns it, which makes some developers nervous. Why? Oracle does not accept patches or provide a public roadmap.

That’s a pretty compelling argument to ditch MySQL, Rikki. To be fair, though, MySQL still has some great things going for it. Let’s look at a few of them in more detail. 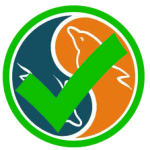 Andrew Patrizio shared a few reasons why you should still use MySQL.

1. There is more MySQL investment and innovation than ever before.

Since the acquisition, Oracle has increased the MySQL staff and given it a more mature engineering process where engineering and planning is driven from Oracle instead of people scattered across the world. MYSQL uses InnDB as its major storage engine. InnoDB is also part of the Oracle family, which makes development teams even more integrated.

The company is also making code more modular. For example, in MySQL 5.6, they split one of the crucial locks in the MySQL Server, the LOCK_open, which could improve top performance by more than 100%.

MySQL 8.0 was well-received as a solid, well-performing product with a number of new features. One of the most notable changes? While storing dictionary on disk was a good idea earlier when MySQL was introduced,  dictionary will now get stored in InnoDB tables. New advancements will enhance performance and increase the resiliency of the database.

3. MySQL is designed with a focus on the Web, Cloud, and Big Data.

According to Patrizio, “This focus was on both MySQL and MySQL cluster to provide improvements in scale-up and scale-out performance, high availability, self-healing and data integrity, provisioning, monitoring and resource management, developer agility, and security.” This included introducing Global Transaction Identifiers (GTIDs) make it simple to track and compare replication progress between the master and slave servers, as well as the MySQL Applier for Hadoop.

4. There are more MySQL projects than before.

There are groups working on the clustering software, manageability, database algorithm optimization, replication, and scalability.

2 thoughts on “The Pros and Cons of MySQL”