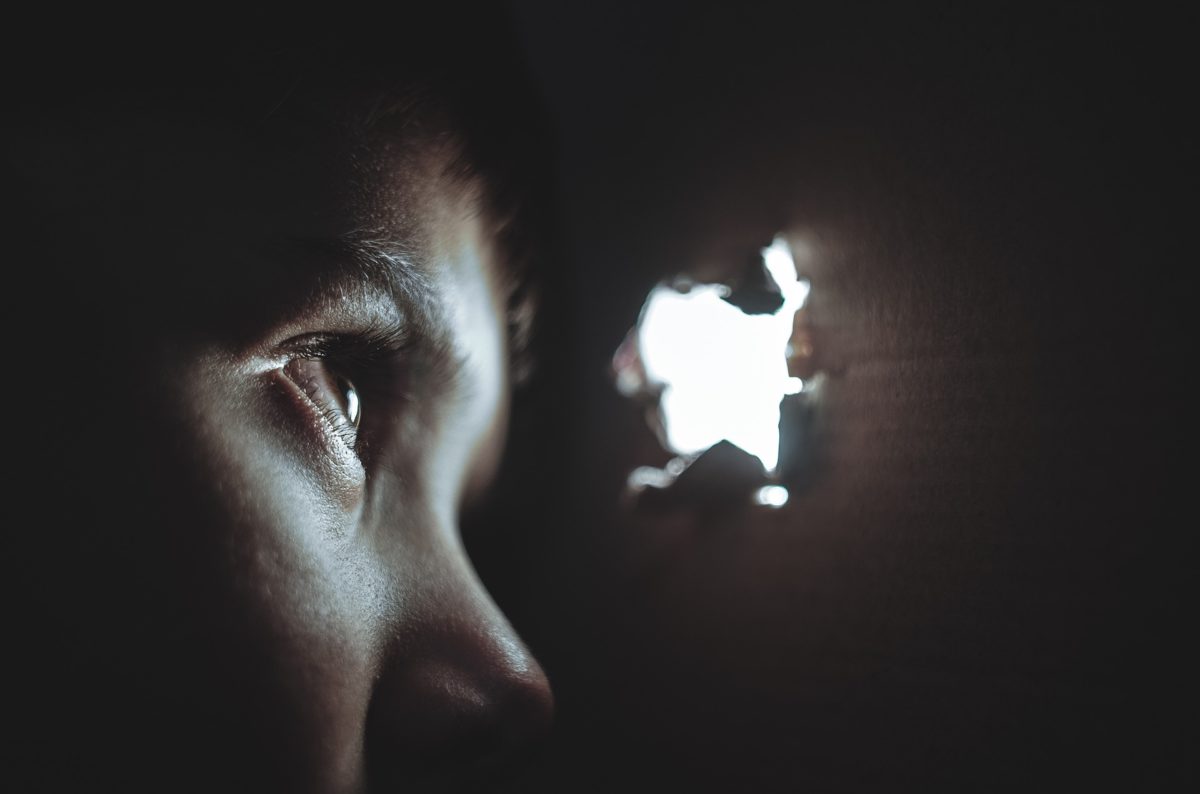 Falling On Your Sword: The Last Gasps of Privacy

“Hey, everyone! I’ve been asleep for the last six months. I assume nothing interesting has happened, right?”

It almost feels like we’ve lived through a golden age of privacy protections and, much like an exegesis of past historic events, we can sit and reflect on what was and what will be. If America has stood for one thing through its entire history, it’s that individual rights and privacy are paramount. We have entire sections of our governing documents devoted to this.

Previously I wrote an article about the many ways we as a people are tracked, monitored and scrutinized for the purposes of government surveillance, corporate analytics for advertising and a few other reasons. It was shocking to write as the few examples I knew off the top of my head morphed into multiple topics and I was just beginning to find the rabbit hole at that point.

I could have filled five articles with the information I found, but I’m not here to write a continuation of that. Rather, our government has been changing or removing rules and laws that help protect our privacy and we’re going to dive into that topic here. So, let’s get to it!

Let me lay some groundwork here before we dive in. In October 2016, the FCC adopted new rules for consumer privacy protections that safeguarded the internet user from their internet service provider’s data collection tendencies.

The “Sensitive Data” that would have enhanced protections included things like the user’s precise geolocation, health information (already protected under HIPAA but this was an extra layer), information on children, web browsing history, financial data and some other items.

This was a huge step in the right direction, especially for the Administration that hired former Comcast Lobbyist Tom Wheeler to run the FCC in a move that many equated with letting the fox guard the hen house.

Fast-forward to March of 2017. The new administration isn’t a fan of regulations. One of the first up on the chopping block was the new FCC rules, which would effectively roll back consumer protections. The Senate voted 50 to 48 to repeal this law and revoke these consumer protections.

“If signed by the President, this law would repeal the FCC’s widely supported broadband privacy framework, and eliminate the requirement that cable and broadband providers offer customers a choice before selling their sensitive, personal information,” said FCC Commissioner Mignon Clyburn and FTC Commissioner Terrell McSweeny in a joint statement. In a nutshell, the US Senate voted for less individual privacy rights in favor of corporate data collection.

U.S. Congress to the US Senate: Hold My Beer

Not to be outdone by their counterparts, the U.S. Congress voted to adopt what the Senate started and, with a vote of 215 to 205, repealed the FCC privacy regulations. Many members of Congress who opposed this repeal expressed a belief that their opposition colleagues didn’t fully understand how ISPs collect data or how they could use it. They simply saw these rules as pointless in that they wouldn’t impact a user’s ability to do whatever they wanted online.

Now that both houses had ratified the repeal, the FCC laws were removed and the public outcry was immediate. If you asked any random stranger on the street if they’d be okay with their personal data being collected and sold to third parties, the answer would most likely be a resounding “no.”

We’re not turning into North Korea anytime soon. However, we are moving in their direction in some ways. Hear me out here. At the most basic level allowing any kind of entity, government or otherwise, that does not require permission to collect data should be considered a violation of privacy and individual rights. This collected information is unknown to the person and can be used for virtually any purpose including against the person.

Think through a worst-case scenario here: assume a user has an interest that is not illegal, but still taboo. This user can now have this information, thanks to his or her browsing history, sold to other entities for advertising purposes or possibly to the government for practically any reason including as evidence against the person.

If you think about it in this respect the ISPs may have all just become potentially a gaggle of J. Edgar Hoovers with damning information to sell to the highest bidder. That is a terrifying prospect and if we’re continuing the worst case scenario situation here, imagine their ISP holding this information over them when they’re late in paying the monthly bill.

Fighting The Man From The Comfort Of Your Own Home

So, if we do not have a government that focuses on privacy, then it is up to us to defend our privacy ourselves. Here are a few steps to do just that.

1. Use a VPN Service

This is so easy to set up, inexpensive and available that there is virtually no excuse to not run one. Most of the providers charge around $50 a year and will work with Windows, Mac, Apple iOS and Android seamlessly.

For those of you who are unfamiliar, a VPN is a Virtual Private Network that protects your internet browsing by encrypting it and routing it through their service. Basically, if all Comcast (or AT&T, Verizon, etc.) can see is a single connection to a VPN and can’t access it because it’s encrypted then they have no idea what you’re doing online and therefore cannot collect data on you. I run one on every device I own and most single cost plans will let a user secure up to 5 or 10 devices per single account.

A couple of points though for the VPN: Some sites, such as Netflix, don’t allow connections that come through VPNs, so the VPN would have to be disconnected when you want to watch House of Cards. But 99.99% of all sites don’t care, so you’re good pretty much everywhere else. Also, make sure that the encryption the VPN service is running is AES 256bit or higher as it’s more aggressive encryption. It’s just safer!

This one is rather easy to do: don’t publish deeply personal information online. I don’t know how many times I’ve read things on Facebook that would fall under private information record keeping laws like HIPAA for medical records.

While I understand that we all have our own concepts of what we do and do not consider private and that some of us use our social media as a personal support/therapy group, we still need to see the forest for the trees here. This information can and will be collected for marketing and advertising purposes and can be subpoenaed for court. It’s not just your friends that can see this information, it’s potentially the world.

It’s up to each of us to safeguard our data as well as those we are obligated to protect such as our children. I’ve had more than one conversation where multiple participants agree that we were all beyond lucky to go through high school without social media because none of the stupid, teenage things we did was recorded. If that’s not telling I’m not sure what is.

3. Limit cloud providers from tracking you as well

So a VPN is great for keeping the ISP at bay, however, companies like Google who have ecosystems within their software for tracking are also a threat to maintaining privacy. For example, if you use Google Chrome, and most of us do now, then you’re logging into the browser with your Google account. This allows Google to track you, your search history, your browsing habits and many other data points.

It’s called being in their “Search Bubble” or “Filter Bubble.” Being in the bubble means that Google is custom tailoring the search results to you based on your history which can then skew the results.

We can combat this by using web browsers we do not need to log into as well as using search engines that do not track you. With all of the privacy issues in Congress lately, Duck Duck Go, a search engine that doesn’t track you, has exploded in popularity. Because the results are out of a filter bubble the results may not seem as a concise as Google however the results are significantly more unbiased and not recorded.

StartPage is another search engine that claims total privacy, even taking it one step further by letting the user connect to the search links via a proxy server which gives the user added anonymity.

By keeping current on the issues and limiting public information, anyone can maintain a much smaller data footprint while still using technology. We all don’t have to move to one-room shacks in Montana and start writing manifestos here.

Ultimately, we should be able to use technology comfortably without letting the technology use us. The hope for the future is that as we begin to elect representatives who are savvy enough to know that the internet is not just a series of tubes and how information can be collected, our privacy rights should be rebound in the right direction. Hopefully, those rights won’t have been eroded too badly by then.

Easily send files with SmartFile while enhancing visibility into file activity. Try it free for 14 days, no credit card required!