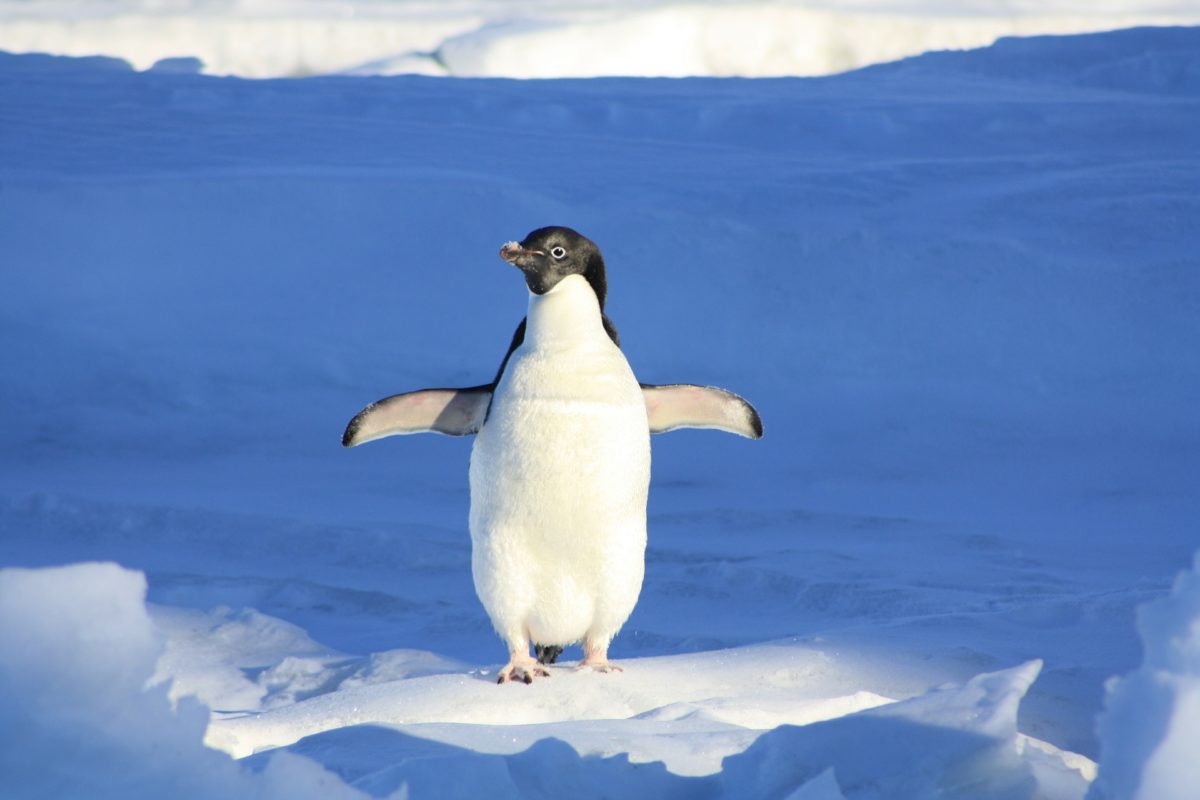 Sleeping with the Enemy: Why Microsoft Learned to Stop Worrying and Love Linux

For years, I was fairly certain that there would be no way Microsoft would ever get into bed with Linux. This would be the equivalent of the tech end-times. You know what I mean…

Even the creator of Linux, Linus Torvalds, really didn’t foresee his plucky little operating system being welcomed by the world’s largest software developer, one who owns the platform being used by more computers on the planet than anything else. With a market share of just under 2% of all personal computers, but a commanding lead in the mobile market (thanks to Android), Linux seems like an unlikely platform for Microsoft to cozy up to given their past rivalry.

Linux has always been at odds with the industry that Microsoft has dominated. It’s an operating system that has never really had formalized support for regular consumers (I’m not talking about Linux for Enterprise, an entirely different animal), nor has it had a slick advertising campaign to try and entice people to switch. Its hardware support and installation process hasn’t been as polished as Microsoft, or even Apple for that matter, and anecdotally, we run into one Linux-based PC for probably every thousand Windows PCs we see.

Yet, here we are, watching hell freeze over as Microsoft’s newest CEO, Satya Nadella, states “Microsoft loves Linux.” There are very good reasons, though, why this is an absolutely brilliant move for Microsoft, not the least of which is Microsoft’s ability to remain resilient and viable in a shifting technology marketplace.

They may be the dominating force in the consumer desktop business but they are getting utterly killed in the mobile market and, to add fuel to what would have been their funeral pyre, the desktop market is declining due to a rising increase of mobile computing.

With Microsoft Windows 10 and the major move towards integration with cloud technology and mobile syncing of data, Microsoft had essentially two choices. Either they keep their ecosystem closed and spend billions trying to catch up and capture a larger share of the mobile market (Windows Mobile devices are very distant third place when compared to Android and Apple), thus enticing people to unify their computers and mobile devices on Microsoft, or they can start to embrace other platforms and allow Windows technology to open up and play well with others.

Nadella understands that the future of technology platform unification is not going to be any single company dominating enough markets and verticals to create the entire universal ecosystem. Rather, collaboration between multiple technology platforms and the tech companies with the greatest ability to be collaborative are all going to remain in leadership positions. Therefore, the embracing of Linux should come as no surprise to anyone who follows technology very closely.

Microsoft has been signaling this shift for years now. In 2013, Microsoft released its Office product line for Apple’s iOS 8. They’ve also been releasing other smaller applications that help Apple products integrate with Windows and Windows Server platform-based technology such as the ability to launch RemoteApp applications from iOS via the Remote Desktop app. All of this was purely a buildup for the real prize: integration with Linux.

Reinventing the Car for New Wheels

Microsoft has reinvented itself over the past few years as a cloud and services company that also happens to release the most widely used consumer operating system. Linux does not challenge them here. Outside of the mobile market mentioned above, Linux is the platform of choice for the infrastructure market.

Historically, it has handled memory and processing much better than Windows and entire suites of scalable infrastructure products and platforms, such as OpenStack and Docker, have been built around Linux. Microsoft desperately needs to tap into this market. They’ve attempted to do so by competing in the virtualization market against companies like VMware with Microsoft Hyper-V, however, their market share has remained small, though it is growing.

As a result of this need, Microsoft has begun developing their best and largest product offerings outside of the Windows ecosystem directly for Linux. Microsoft SQL, their database engine and platform is now being developed to run natively in Linux. This is absolutely one of the best moves Microsoft can make. There are many flavors of SQL out there and Microsoft has developed the best management and tool system on the market for SQL.

So, what is an infrastructure manager to do when the platform is all Linux and the developers need a Microsoft SQL Platform to create their databases? They end up virtualizing (or installing to bare metal) copies of Windows alongside the Linux servers. No more! With Microsoft SQL, and its wonderful suite of tools, now natively in Linux, the infrastructure admins are happy that everything is uniform and the developers are happy in that they can still use the SQL they love and watch it perform better (hopefully) in a Linux environment.

Start our free DevOps course and get lessons on ranging from Docker to Agile.

Compton and Long Beach Together, Now You Know You’re in Trouble

And that’s not all! Microsoft has announced that they will be releasing Bash Shell (command line interface for Linux) for Windows 10. What this signals is that Microsoft isn’t just working to create collaboration between its Windows technology and Linux, it’s looking to integrate the two together. It would now be impossible to claim that Microsoft is saying they love Linux as a simple marketing ploy or giving collaboration a token nod. They’re injecting Linux into the heart of their most public flagship product and that’s huge news.

But wait, there’s more! Microsoft has actually developed their own version of Linux and it’s running part of the hardware that drives their cloud platform! To put this in perspective, Microsoft has had past End User License Agreements (EULA) that forbade running Linux and Windows together and has even sued Linux vendors and distributors over patent and intellectual property disputes.

This is a company that has fought tooth and nail to corner every market they possibly could and even developed their own operating kernel to compete directly with Linux. To see them now openly embracing Linux and opening up the development of products towards full integration is almost surreal.

So…what does this mean for the future? A few things, actually.

The biggest revelation will be when Microsoft announces that Windows 11 or 12 (or whatever they choose to call it) will be built on Linux and not the usual Windows kernel. The integration of the Bash shell is a dry-run and test for this.

The ramifications of this will be huge. It will mean that Microsoft can bring its vast support network for hardware and software to the Linux infrastructure crowd which is highly appealing to many. Die hard VMware and Red Hat fans may not be swayed but it will be a hard platform to beat because Microsoft will have developed the one thing that the other companies cannot: a viable Linux Kernel that can fully integrate native Windows applications without having to virtualize.

Microsoft’s Kernel is not open-source, so no one can natively develop for it. Everyone develops on a layer above it since there is no choice. Microsoft doesn’t have that limitation and they’re going to use this to advantage. That alone opens up a world of possibilities in terms of legacy applications and development standards.

No more dodgy Linux support for end users once Microsoft and its army of help desk workers enters the fray. Yes, Enterprise Linux developers have had support but the average person buying a laptop at a local store never really has for any reasonable rate. Microsoft will be a complete gamechanger and its competitors should be scared of this shift. They’re breaking out of their self-contained box and they’re bringing a rocket launcher with them.

Linus Torvalds, years ago, said “If Microsoft ever does applications for Linux it means I’ve won.” Well, Mr. Torvalds, did you ever think Microsoft would embrace your baby as its full platform?

It’s coming and we’re all really excited for it.

Get our free DevOps course delivered straight to your inbox! You’ll learn these tactics:

These DevOps lessons will help your team collaborate and become more agile, so sign up now!

1 thought on “Sleeping with the Enemy: Why Microsoft Learned to Stop Worrying and Love Linux”